It's been a good year some big ups and downs, both at and away from the painting table. But this is an Oldhammer blog so let's get to it!

The biggest achievement was the completion of my Skaven army (so far), it comes in at a maximum build size of just over 4K in points and I stopped counting at 250 figures. 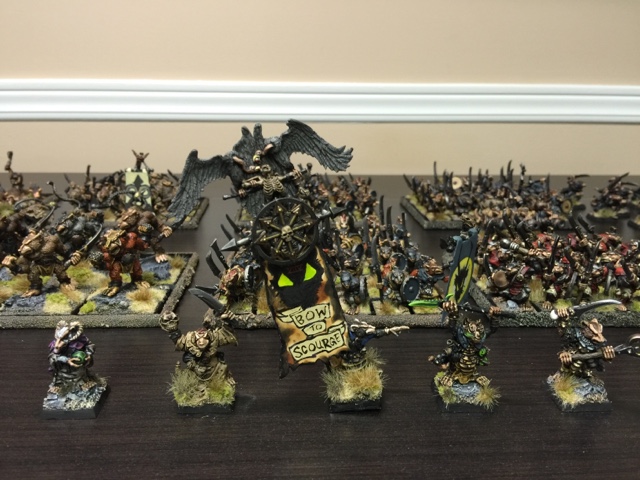 It's all for the sake of completion; having options is the spice of life and I can now place every unit available in the armies book with 14 characters in total to choose from with every weapon option available at least twice. Which brings us to;
2015 Painting
8 clan rats OG plastic
19 giant rats
20 black skaven
2 halberd hero
20 Stormvermin
10 gutter runners
1 spear hero
Throt the unclean
Beastmaster hero
4 warp fire crew
4 jezzailachis crew
1 wizards
3 poison wind globadiers (Gnawdooms)
5 chaos hounds
99 figures painted & based, over 50 painted shields (mostly converted) and 4 hand painted standards.
It's a step down from 2014: 121 figures but still better than 2013's measly 61.
I also got to meet Sully who runs oldenhammerintoronto which is a great blog. He's fun to run against, drinks beer and has some great terrain, the man can paint too; 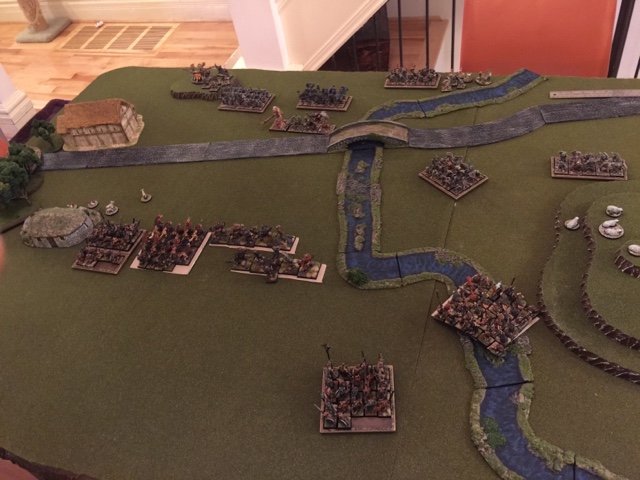 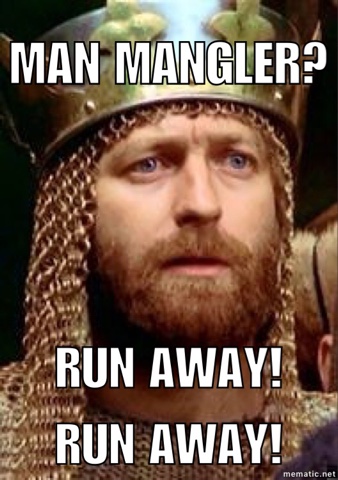 Damned Orc enginuity go back to squatting in a ditch stick berries up your noses.

My Void Dragons have have been slow going; they are the first army where my initial colour choices changed. In the past I've never done a test model.
I just put a lot of thought into the paint scheme and do a lot of testing on palette but these Eldar are a pain. Could've had my painted figures over 100!
Some boring details below; 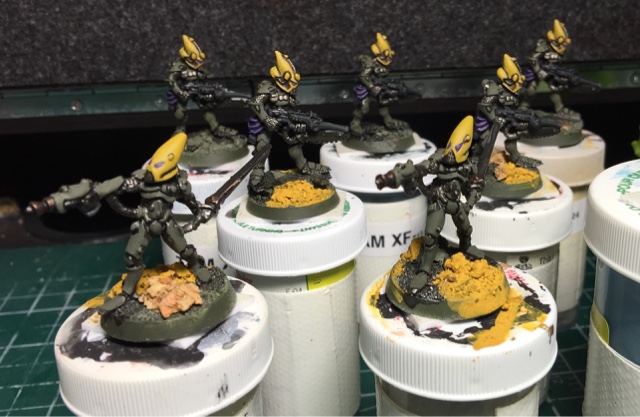 My long and overthought paint scheme really took a lot of joy out of my brush time. I went from Tamiya XF-74 olive drab then hit it with army painter dark wash and then laid the basecoat again in two light coats.
In future I will use Secret Weapon black wash, it's just as pigmented but has a better flow additive leaving less behind on armour plating. It also comes out of a bottle so no future floor polish mixes or any other inconsistent nonsense. 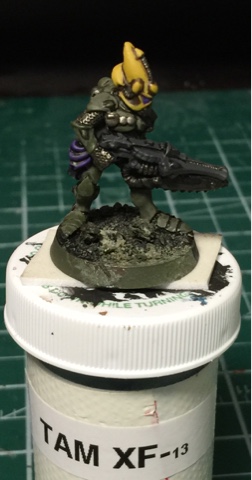 I then highlighted with XF-13 JA Green which turned out to be a terrible idea as you can see above. It really darkened the figure and it wasn't enough of a colour difference to justify the time. I'm trying to keep coats thin and even to reflect the smooth armour plating; no blotches or paint chunks.
My second attempt 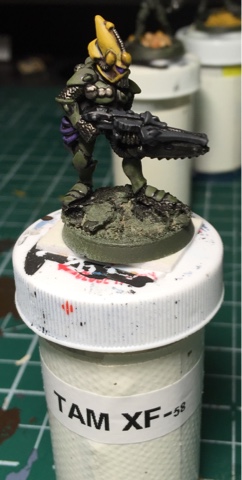 I then tried Tamiya XF 58 Olive Green which turned out looking ok, it's the same as the basecoat just without the drab part. I read a very good article of olive drab paint in the US military especially their armoured core.
Apparently it was nearly impossible for mechanics to replicate the original paint jobs resulting in some very questionable definitions of olive drab, and some very upset Majors.

It added a bit of brightness but nothing overpowering. Remember the original was to do a 3 stage highlight but time is not on my side.
There's a little_24 on the way and I want as many armies finished as possible before he arrives.
My third and favourite choice though would prove to be Vallejo game colour 70.924: Russian Uniform WW1 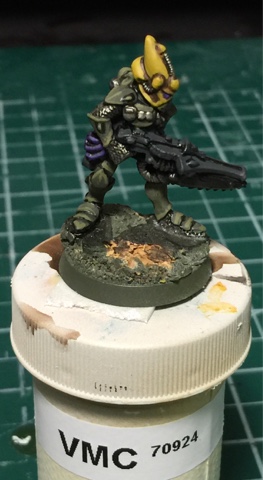 I think the "fine lining" highlight is the most effective, my future line work will be made much more precise; the work on the feet is outright sloppy. In my own defence though I did paint the entire figure with a No.2 brush, in future I'll take something half the size and do some edging whenever possible. 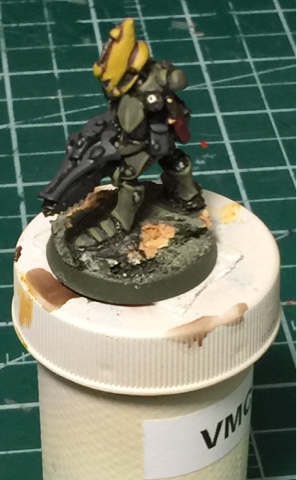 Anyway this is the look I've chosen, the helmets are going to be the real star of the figure.
Ideally The armour should've been highlighted in XF58 and then a fine line on the edges but time is not on my side.
I haven't decided to go extremely bright or to go for a creamy yellow on the helmets Feel free to comment I'm up for debate.

Either way they will be getting some striping; hey what can I say I'm a sucker for the book of the Astronamican.
I was originally going to base them in a Mars theme but red/orange with green armour; I'd be called the Christmas space elves forever.
I'm going to go with a beige/white stone for the bases; hopefully it will make the greens really pop and make the eye lenses stand out.
In theory and the Vallejo black grey guns should stay nice and neutral.
The goal is for it to look like a darker salt flat (does that make sense) but with rocky outcroppings and a minimal amount of dead tufts. I prefer to lavish my bases but I put a lot of work into the "hard" elements to offset the lack of vegetation. Hopefully I can pull it off.
I'd like to put some Saim Hann transfers on just to show some allegiance to their maiden craftworld. But like I said;
TIME.
I've got a game in mind for a RT three way between a genestealer invasion force, Eldar pirates and chaos terminators, with secret objectives (thanks for the idea from your 2nd ed battle reports legio custodes)
Oh and did I mention it will all be played on a custom space Hulk board? Lots to do but it will all be worth it in the end.
Lastly;
All the best to my readers in the new year, thank you all for your ongoing support, you have no idea what it means to have people following my projects albeit at my snail's pace. I hope to have a game with you all someday!
Please everyone mind your P&Q tonight and don't drink and drive.
Posted by 24_Cigarettes at 05:05 12 comments:

A Little Late On the Update 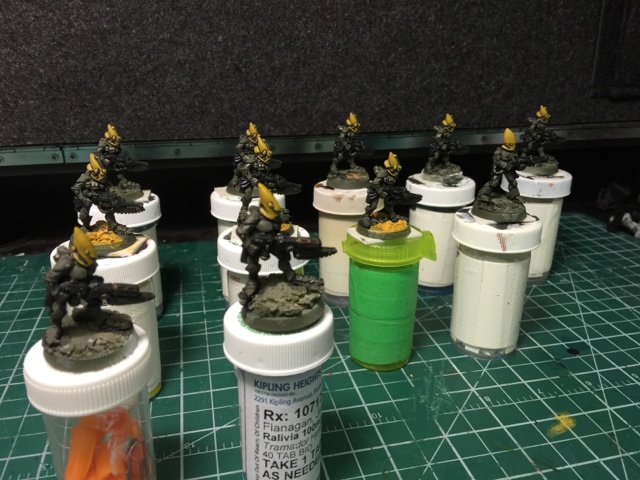 Finally massed to get the basecoat
Finished on 12 figures; 6 more to go and I'll have my serpent squads complete.
I plan on upgrading a squad with the vyper upgrade which makes the unit champions and gives them powered armour on top of their already magnificent refractor field invul 5+ save 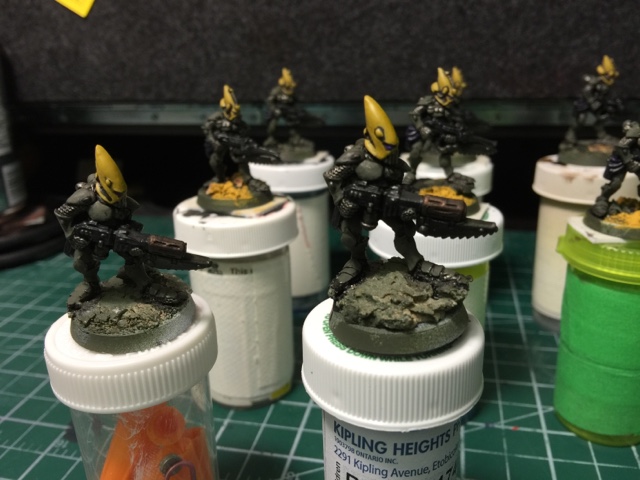 2/3 melts guns thus far.
Next I'll be working on 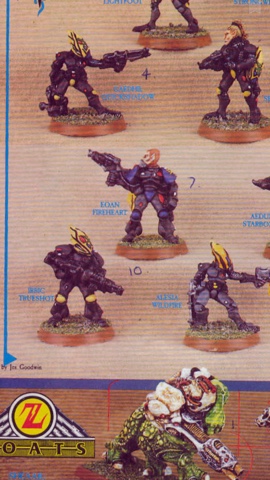 2 Eoan hire hearts, and an irric true shot;
They appear to be wearing powered armour and so they get the nod from me for priority
To complete the viper squad I'll take Elres fireflash as their leader 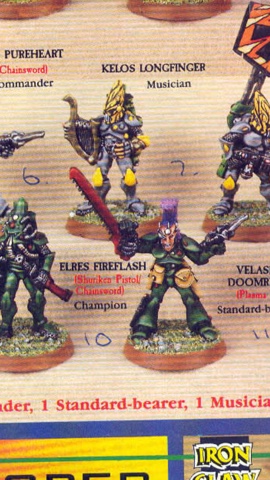 After that a couple of commander inghin  keen tongue models and that's all my serpent squads complete. 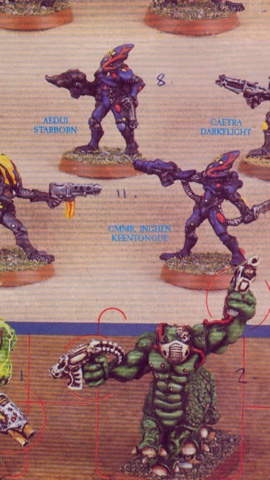 It was important for me to include figures with at least passable powered armour for the vyper squad; what you see is what you get is an important rule which I endeavour to follow.
Well that's it for now, hopefully I'll get the chance to get the 6 models finished for New Years. Hopefully, not likely.
Posted by 24_Cigarettes at 02:41 8 comments:

I thought I'd have 10 done by today but I've only washed and basecoated 5 warriors. 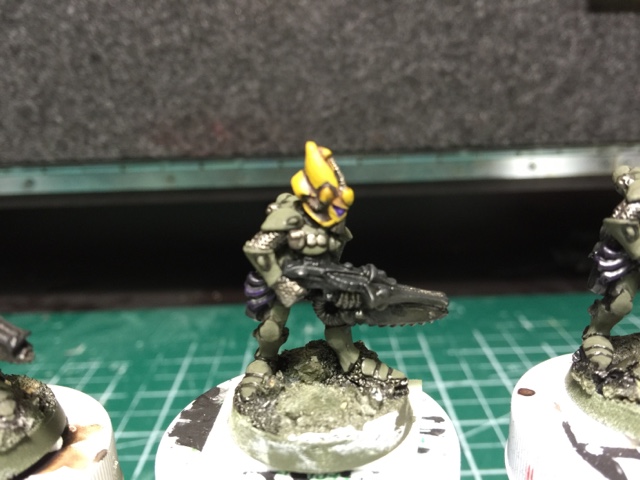 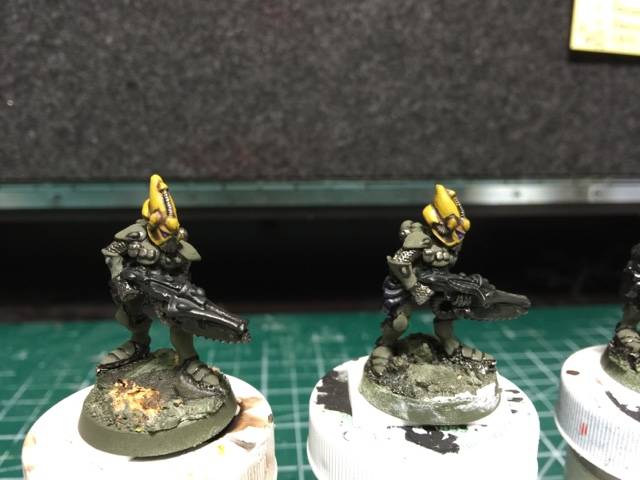 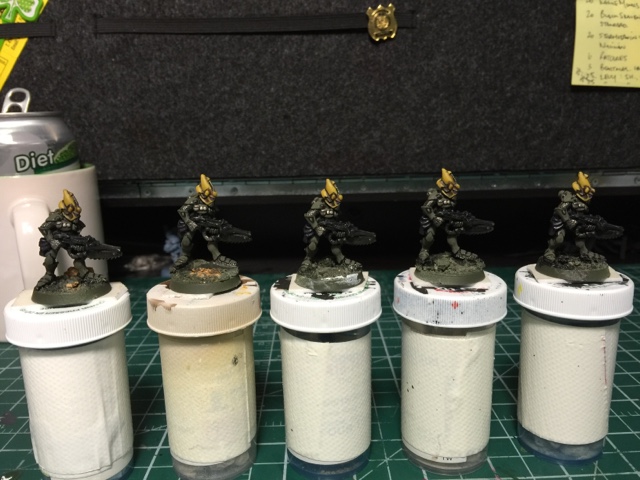 Although I am way behind schedule I am happy with the effect so far; especially for the limited time I've had to put aside for them. I've had the flu so painting is a pain.
Really starting to reconsider tiger striping.
Posted by 24_Cigarettes at 15:59 7 comments: