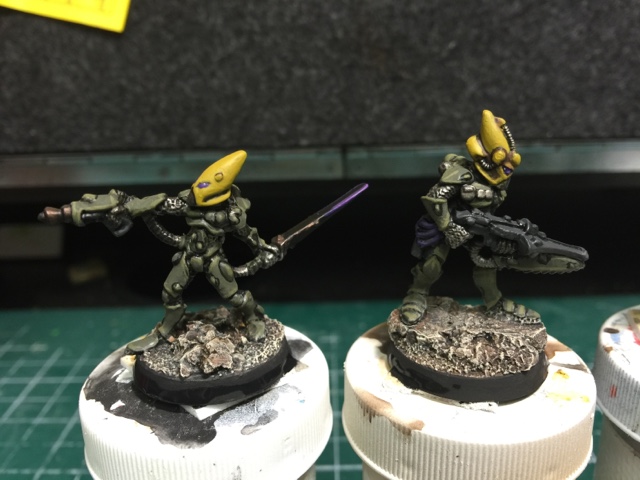 It's been awhile working on these guys, today though I had some inspiration from somewhere and managed to get 5 of the 17 figures I need finished for the rogue trader game I plan to run in February. 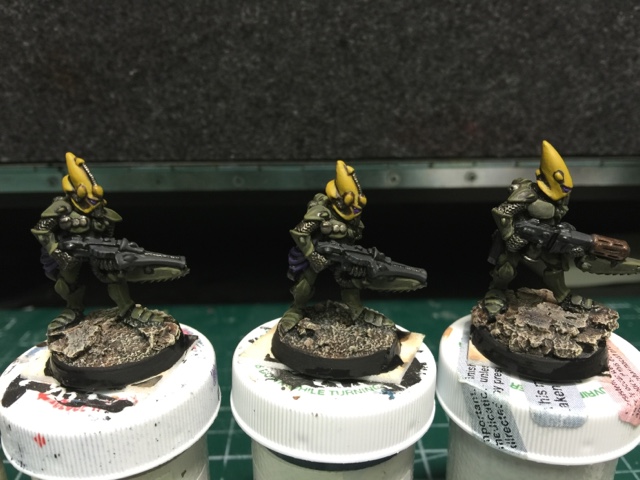 I'm not thrilled with the look of them; they're a bit sloppy and rushed looking which does not compliment the sharp angles and precise details of the sculpts. Even the bases look a bit crap and looks like I'll be using tufts after all.
I did try tiger striping on the leader's helmet but I didn't pull it off. 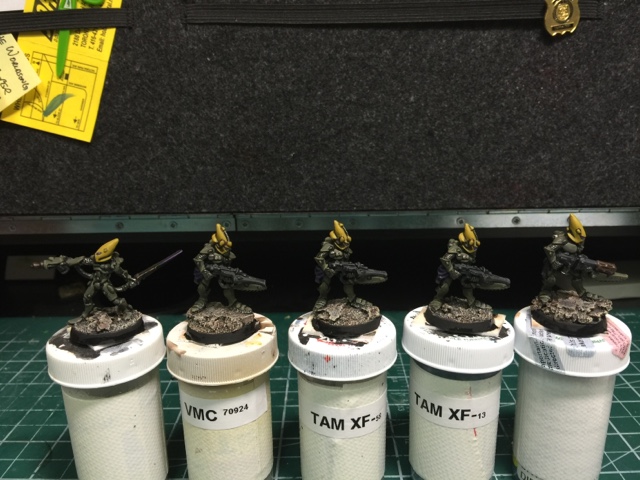 I did force myself to put some effort into the lenses on the helms and even managed a halfway decent job of the spot effect in the corners. The illusion is almost there. 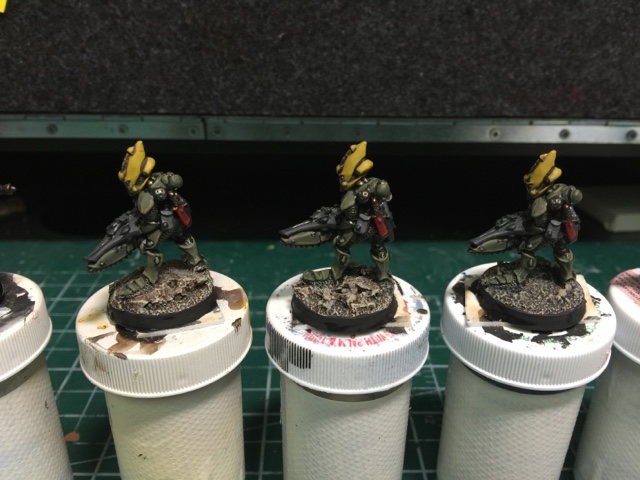 The fact of the matter is that these guys are taking too long. There is no way I'll have all 3 factions finished for the rogue trader session so I've opted to stick with the 'stealer invasion force with a quick basecoat and wash paintjob:
http://www.miniwargaming.com/forum/viewtopic.php?f=20&t=46148
I plan on having them as part of my hive fleet 'Spectre' which in its fledgling stages will be a purely stealer/lictor vanguard force operating in tandem with chaos genestealer cultists somewhere down the line.
I hope you're all enjoying your new year.
Posted by 24_Cigarettes at 21:38