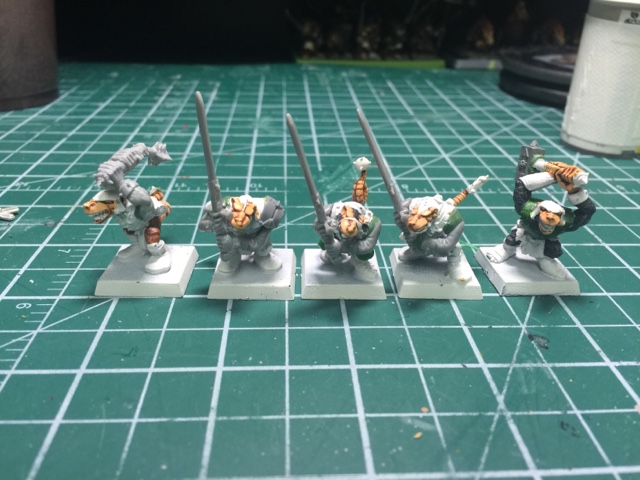 Nothing crazy but I've finally gotten my 20 stormvermin assembled. Its comprised of an eclectic collection of figs; everything from the original Goodwin  sculpts up to the mordheim plastic set. 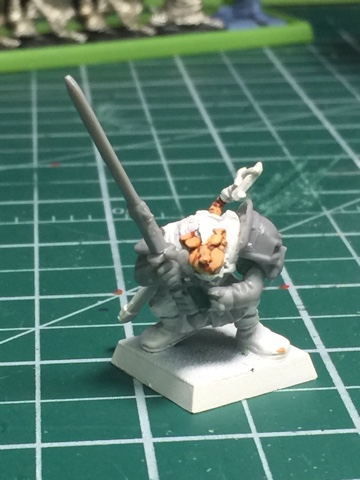 Originally I was just going to use plastic clanrats circa '95 to fill in the gaps in the unit, however I used that little cheat on my black skaven so I kit bashed (I guess?) some old empire militia greatswords and did a couple of simple conversions. 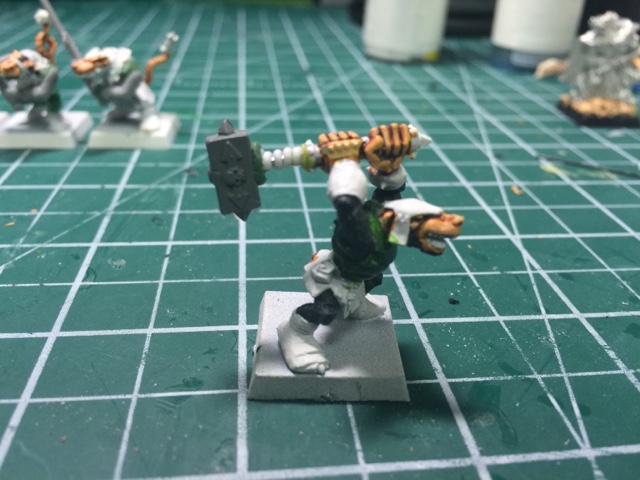 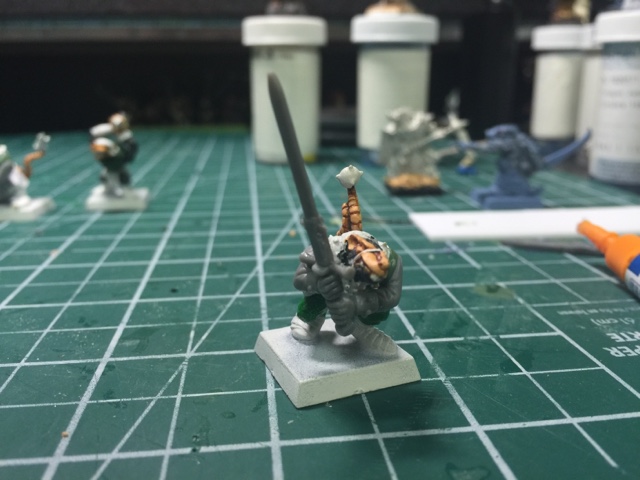 This one turned out the best, the other two had some real trouble with green stuff so I had to waste some marauder shoulder pads to camouflage it. 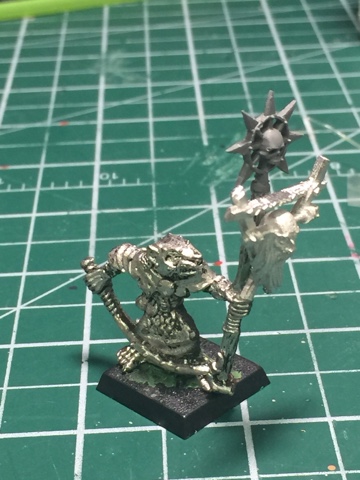 The unit standard turned out ok, I didn't want to have a duplicate and considering there are only 3 clanrats standard sculpts the conversion was one of necessity. 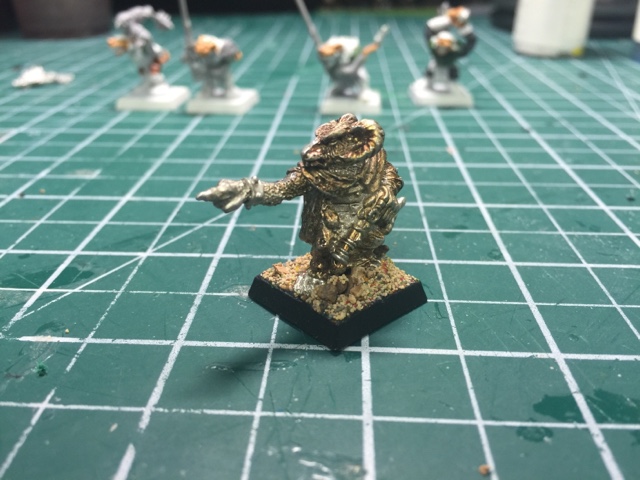 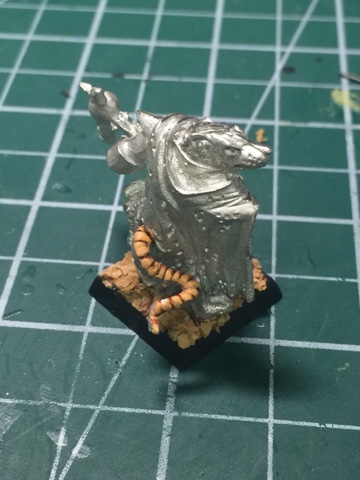 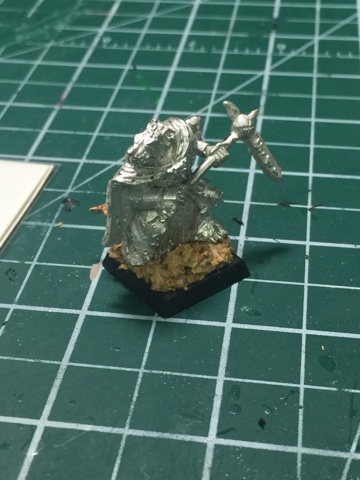 Of course I had to make a real character to lead (more so to increase the unit count to 21 forcing my opponent to cause 6 wounds for panic or routing instead of 5). I don't know if he'll fit into my 3k list but an option for a character with great weapon will be a tempting inclusion.
He got the usual elevated base to match the other characters in the army, but the original tail was overly dramatic so I salvaged an old one from mordheim. 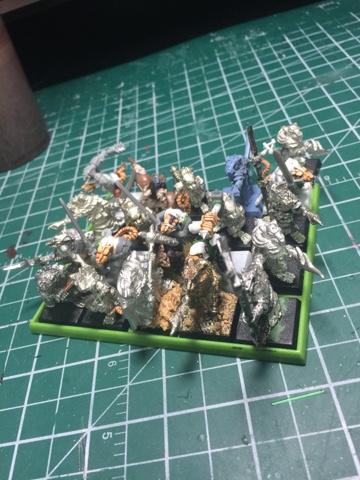 Here's the gang all together, 35 (or so) figures to go and I've painted nearly all the skaven I own. I could always throw together another gutter runner unit or a fifth warp fire thrower but to be honest, I'd like to move on and get 1000 points of orcs and goblins painted and on the table. 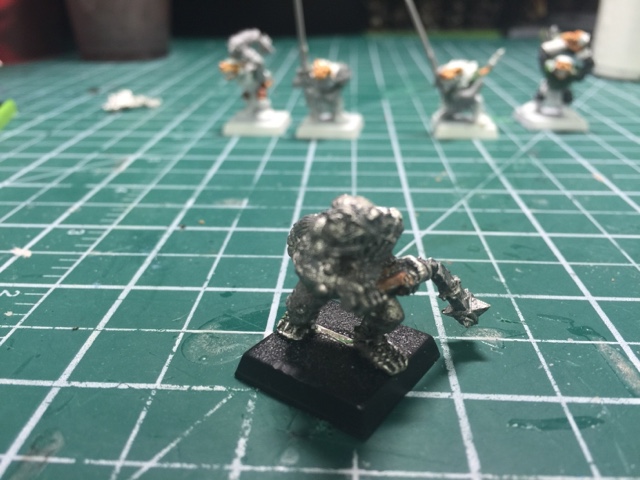 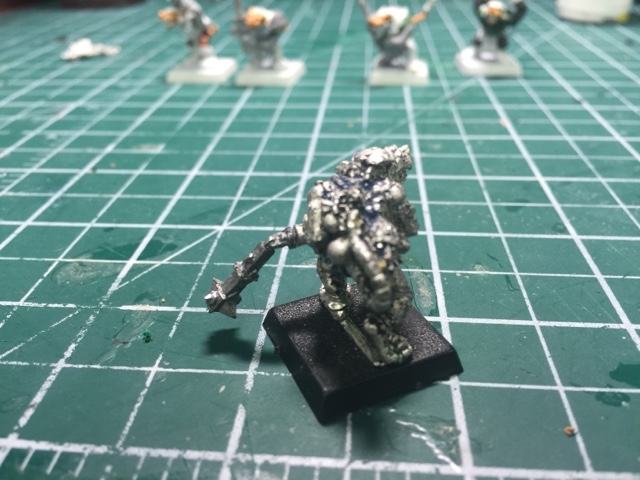 Of them all I'm most pleased with the acquisition of this figure: a mordheim black skaven. He's covered in detail and I will see he receives a fitting paintjob.
After feeling the wrath of a man mangler I simply had to have one( then my usual instincts kicked in) and I had to have a lead belcher, then a spear chukka, so expect a machine heavy list with crossbows and cavalry.
I've also written a list for chaos and high elves and I already have the figures....
Someday.
Posted by 24_Cigarettes at 20:29